Warwick Travel Service was established in 1975 as a full-service travel agency. We offer complete travel planning and services for all of our leisure and corporate clients. Warwick Travel specializes in group travel as well as individual travel offering air, cruise and tour packages. We can arrange cruise weddings, destination weddings and honeymoons to any part of the globe.

Warwick Travel Service is a full-service travel agency located in Newport News VA.  Our Travel Advisors are trained to service your travel needs and fulfill your travel dreams. After visiting our web site, please let us know how we may assist you.  We want to be your travel agent!

Personal Service at its best!

Nancy is our General Manager and co-owner of Warwick Travel  She began her travel career in 1981 while living in New Orleans.  She has been with Warwick Travel since 1991 when she moved back to her hometown after being gone for 30 years.  Her travels have taken her to many parts of the world.  She has visited Egypt, East Africa, South Africa, French Polynesia, Morocco, China, Europe, Turkey, Peru, the United Kingdom, Eastern, Western, and Southern Caribbean islands, Canada, Bermuda, Hawaii, and many US destinations.  She is well experienced in cruising and has Tahiti, the Greek Isles and Alaska among her favorite cruise destinations. 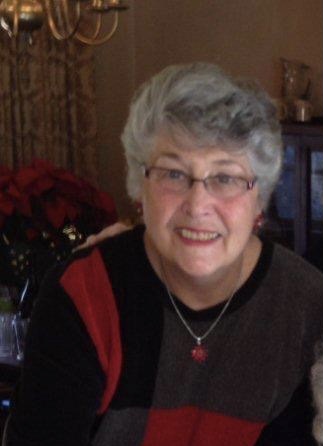 Gerry is Co-Owner of Warwick Travel and a “group specialist”.  She is a frequent traveler that escorts her groups on travel adventures all over the World.   Gerry’s favorite adventures have been Egypt on the Nile, Myanmar on the Irrawaddy river, mystical magical Peru, Africa safari, China and Turkey.  Gerry’s husband Zee retired from the USAF which gave her the opportunity to live all over the world.  – the Philippines, Germany, England, Texas, Alabama and Nebraska but they settled in Virginia where she was born.   She has been in the travel business since 1981 and has been with Warwick Trave Service since 1989. 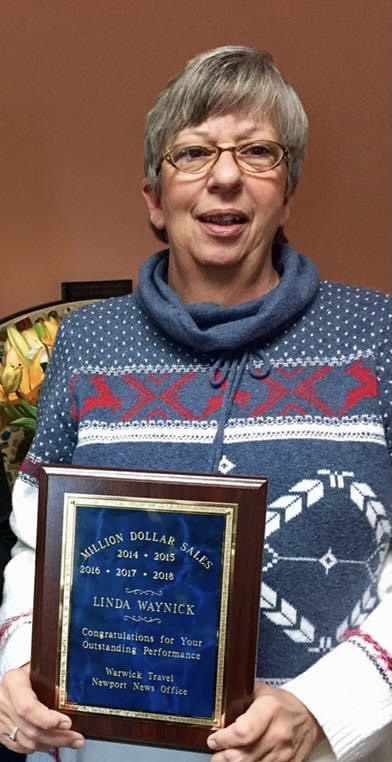 Linda started her career in the travel industry in 1974 as a corporate agent before working at the Newport News airport for Piedmont/Henson Airlines and United Express. She then worked at Warwick Travel for twelve years as the Corporate Manager and left to pursue corporate and leisure travel work in the area. She is now back at Warwick Travel where she calls “home.” She is certified in Honeymoon and Destination weddings, Oceania cruises and for the destinations of Hawaii, Las Vegas, and the Caribbean.  She has traveled to Greece, Croatia, Montenegro, Venice and Loves Rome. 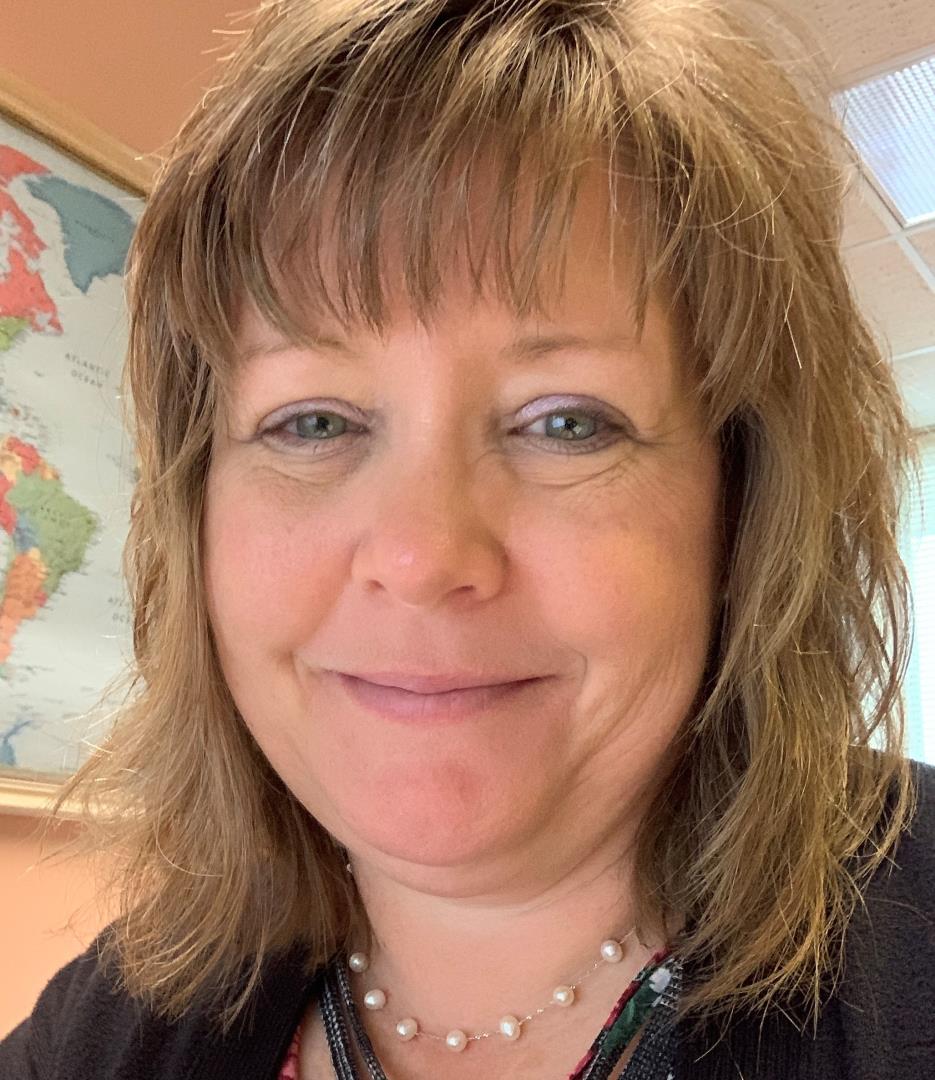 Emily is the Business Development and Marketing Manager, she began her travel career in Houston, Texas in 1989 at Somerset Travel, a travel agency owned and operated by her grandmother.  After training and learning the business she came back to Hampton Roads to work.  She began her career with Lawton’s Travel, then accepted a position with UNIGLOBE Travel World and in January 2019 began working with Warwick Travel Service.  Emily enjoys both Corporate Travel and leisure travel, to include honeymoons, destination weddings, cruises, all-inclusive vacations, Disney and Universal vacations.  Over the years she has traveled to more than 20+ states, cruised and many other family vacations. Emily's specialties include corporate travel specialist, destination wedding specialist, Disney Travel,  ARC specialist and Caribbean travel to name a few. 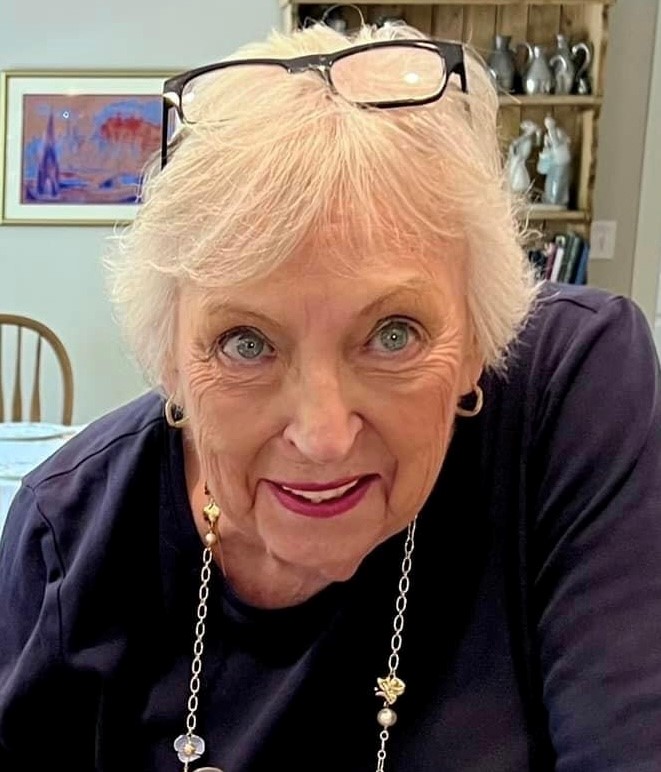 Morag was born in Scotland but was raised in Central America and Spain after the age of 5.  As an adult and an Air Force spouse, she lived in Texas, New England, Missouri, Washington, Britain, and Virginia.  Living in Britain allowed Morag the opportunity to get to know Europe quite well.  She has been in the travel business since 1988 and enjoys helping her clients with their travel plans, whether it be a cruise or tour, to many different destinations.

Dee is Assistant Manager at Warwick Travel Service. Originally from Turkey, she has called Virginia home since 1992.  She started her travel counselor career in 1994 at Sue Mayberry Travel and has been with Warwick Travel since April of 2009.  Having lived nine years in England, The Netherlands, and Germany, she loves selling Europe and the Mediterranean.  She is a Caribbean Destination Specialist.  She also specializes in corporate travel and escorted/customized vacations throughout United States including Hawaii and Alaska.  She specializes in cruises and travel by rail.

Janis began her travel career in 1976 with Ward Travel that became Warwick Travel Service. She left in 1992 and became part owner of a new local agency and then joined Sue Mayberry Travel in 2001.  Now Sue Mayberry Travel is Warwick Travel - Williamsburg which takes her full circle. Janis still enjoys travel 33 years later. She has traveled throughout the Caribbean, Canada, Great Britain, Europe, Hong Kong, Bangkok, Singapore, New Zealand and her favorite destination- Australia.  She has also visited all 50 states in the U.S. 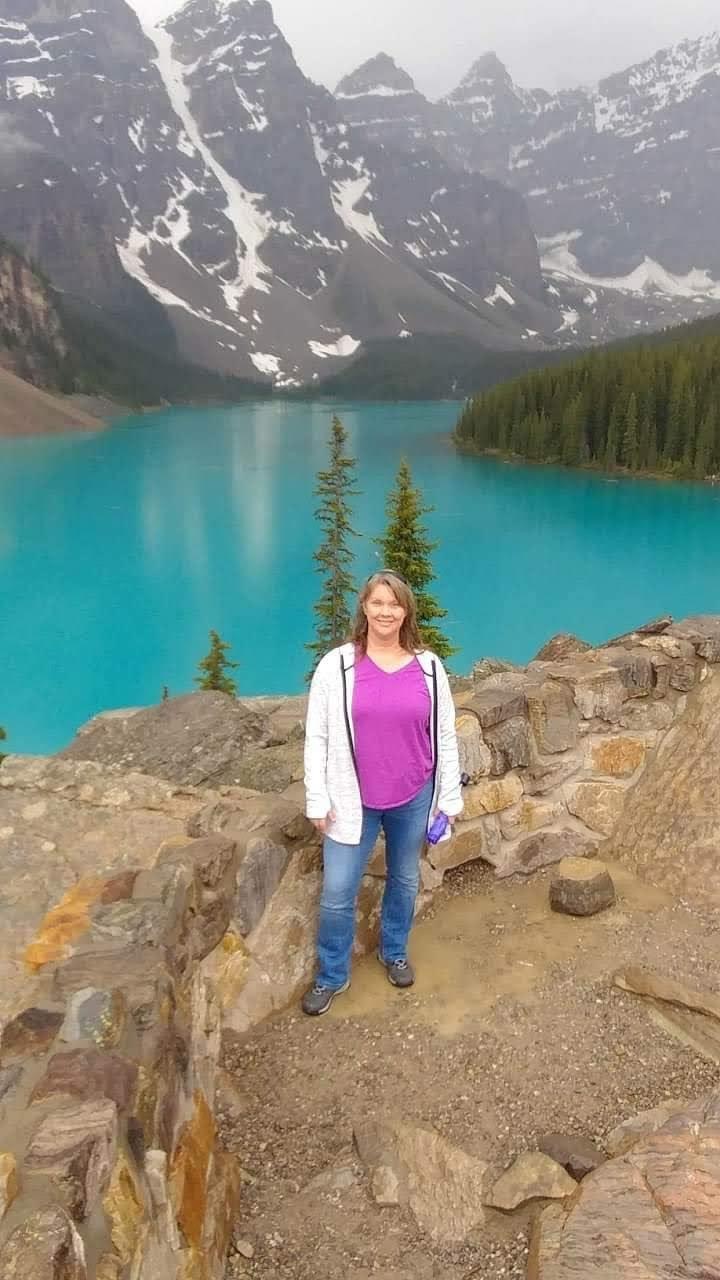 Amy's start in the travel industry came after moving to Virginia from Pennsylvania in 1996. Over the years she has worked as a front line agent and manager, but her greatest moments as a travel counselor, other than personal travel, have been when her clients have come home to tell her what a memorable vacation experience they had. Amy prides herself in making sure all the details are taken care of so her clients can travel worry-free. Amy's travels have taken her to California, Arizona, New York, Florida (Walt Disney World, Universal Orlando and St Augustine), Alaska, Mexico, the Caribbean and London, England. She has also sailed on several cruise lines. Amy's greatest love in travel is working with families and groups, having traveled with family and loved ones of all ages many times over the years. To date, Alaska is her favorite destination for its natural untouched beauty, plentiful wildlife and outdoor activities. 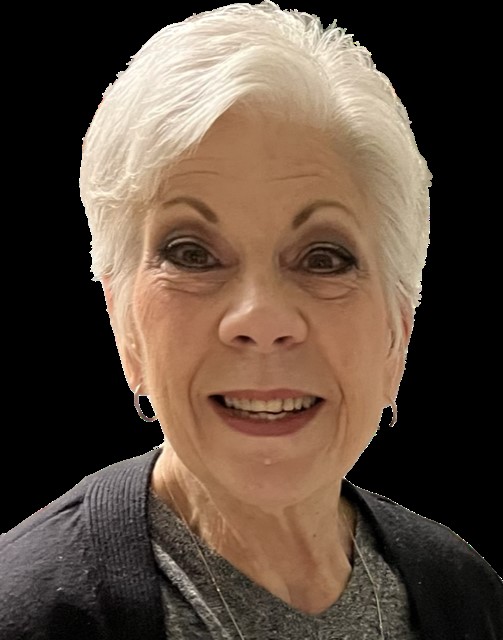 Sharon is a true local, having grown up in Williamsburg, and now living in Newport News. After a brief absence, she has returned to Warwick Travel as an advisor working with wedding cruise groups. She started as an agent in 1999, planning cruises, land tours and vacation packages, including honeymoons, destination weddings and all-inclusive vacations. She first came to Warwick Travel in 2009. Sharon has enjoyed travel to Bermuda, Mexico, the Caribbean and much of the United States, but cruising has always been a favorite for herself and her clients. 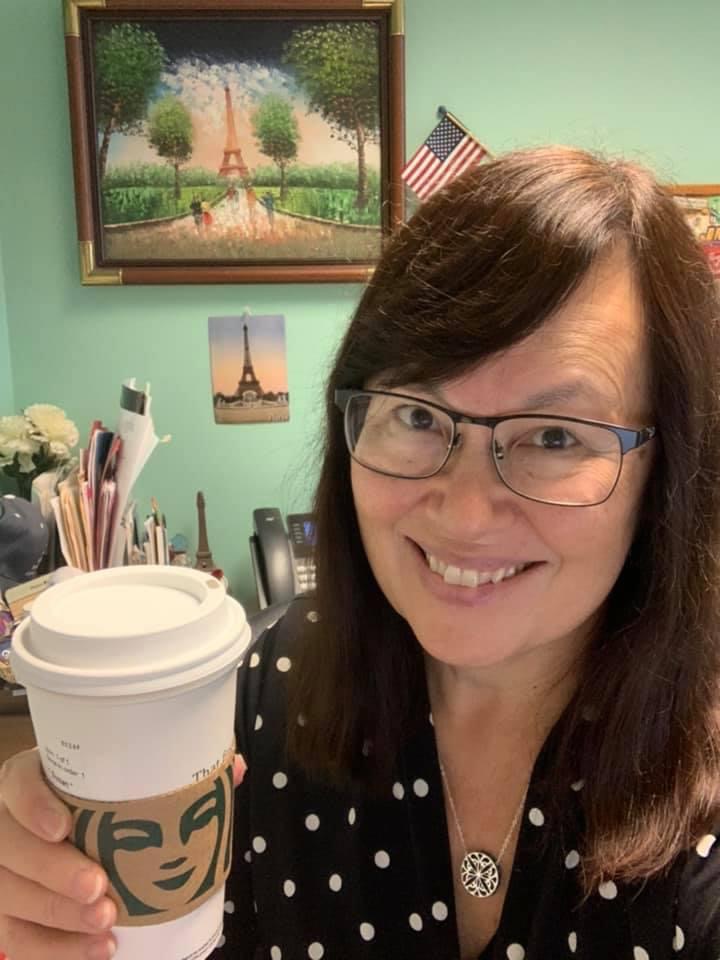 Susan is Operations Manager as well as Special Events planner, bookkeeper, and computer consultant for the company. She assists the manager with maintenance contracts, marketing, and web site information. Susan has been with Warwick Travel since 1998. She has also traveled to many destinations which include Hawaii, England, Scotland, Germany, Austria, the Caribbean, Mexico & Acapulco, New York City, San Francisco, San Diego, LA, the Grand Canyon, Seattle, Canada & Whistler, St. Louis, Pittsburgh, Disney World, and the southeast.